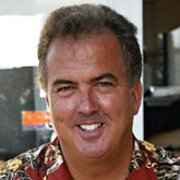 Charlie “Old School”Phillips is one of the top private baseball trainers in Orange County with a long history of local success as a player and coach.  Playing Career: Phillips grew up in Garden Grove, where he was on the first team from Orange County to go to the Little League World Series, where he pitched two shutouts and struck out 29 batters in 12 innings.  He attended La Quinta High School, where he was “Player of the Year” in the Garden Grove, “All County 1st Team,” and “All CIF 1st Team” two consecutive years. Phillips was drafted out of high school in the 13th round by the Atlanta Braves, but chose to accept from USC, where he was a member of a National Championship team and a member of the USA Baseball All-Star team. He was drafted out of college in the 9th round by the Los Angeles Dodgers and spent two years in their minor league organization until going to the Angels, where he spent three years and played in AA and AAA-level teams that earned two championships and he led the Texas league in winning percentage.

Coaching Career: A teacher for the Santa Ana Unified School District for more than 30 years, Phillips has served as a head coach at the high school, junior college and 4-year level at various schools in Orange County, including: Orange Coast College, Saddleback College, and Vanguard University. While at Vanguard he coached the 1st female pitcher to win a college game and a complete game at that in her debut. She went on to play pro ball as well. Phillips has had more than 55 players sign pro contracts under his guidance.

In my own words:  The willingness to prepare and pay the price, breeds success. I believe in out working my competition. Practicing at game speed and doing the best I can with what I have that day. This is how I expect my clients to work and believe they have a good chance of completing the goals they set out to accomplish and enjoy making memories forever. My goal as an instructor is to be able to teach my client and improve him or her to make their high school team, play varsity and then hopefully get a chance to play college ball. If they are really lucky, play pro-ball