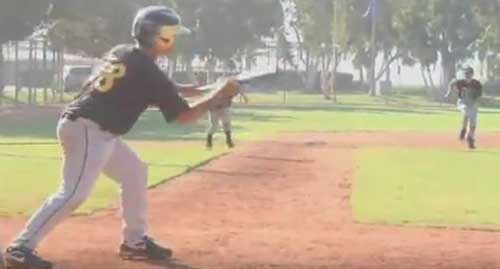 Training baseball teams means placing and training players in positions to perform and succeed on the field.  Coaches that focus solely on fundamentals at baseball practice make the biggest mistake when training their teams therefore not enough emphasis is placed on actual gameplay and performance training.   Watch Lifeletics Baseball owner Ruben Corral give his insight on what shapes competitive players at baseball practice.

2.  To build a competitive team, players should play the positions they would normally play during a game.  In this regard, everyone learns their role on the field.  Teams that play players at multiple positions run the risk of being caught in a situation where a player playing in a not so familiar position, gets a play on the field in a pressure moment.  By fielding competitive practices, these players can now learn at game situational speed before playing an official game.

Group 2 – Infield (including a catcher) (5 players; 1 from the outfield group)

The key during practices is to take risks both offensively and defensively to work on pressuring the other team.  The more coaches can create gamelike atmospheres and forcing both sides of the team to outplay the other, the more the team will grow in unity and execution in real games.

Good luck!  I hope this helps!